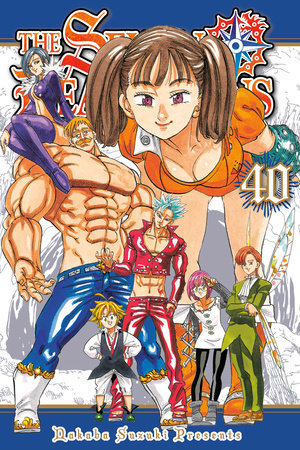 The End of an Era

The End of an Era

With his younger brother now free from the Demon Lord's grasp, Meliodas and Zeldris team up in hopes of putting an end to their father's demonic wrath once and for all. But with Zeldris no longer acting as his vessel, the Demon Lord sets his sights on his next target--the very ground of Britannia itself! With The Seven Deadly Sins by his side, Meliodas is conﬁdent that he has the strength he needs to bring about the Demon Lord's defeat. But what sacrifices will have to be made for that to happen? And, when the dust settles, will all The Sins remain standing side-by-side?