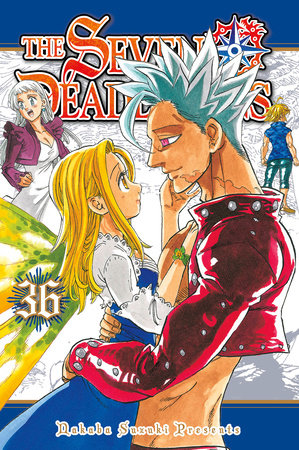 Zeldris's comrades Cusack and Chandler fuse into a terrify- ing new threat: an overwhelming creature known as the First Demon, but the Sins and Archangels can't afford to hold back. They have ten minutes to win a deadly battle before new Demon King is born! When their new foe blocks even Esacanor's Sunshine, it seems like the world will plunge into darkness. It's a race against the clock and a race against despair as everyone clings to their last bit of hope. To save their friend and chief, the six remaining Sins rally together like never before.