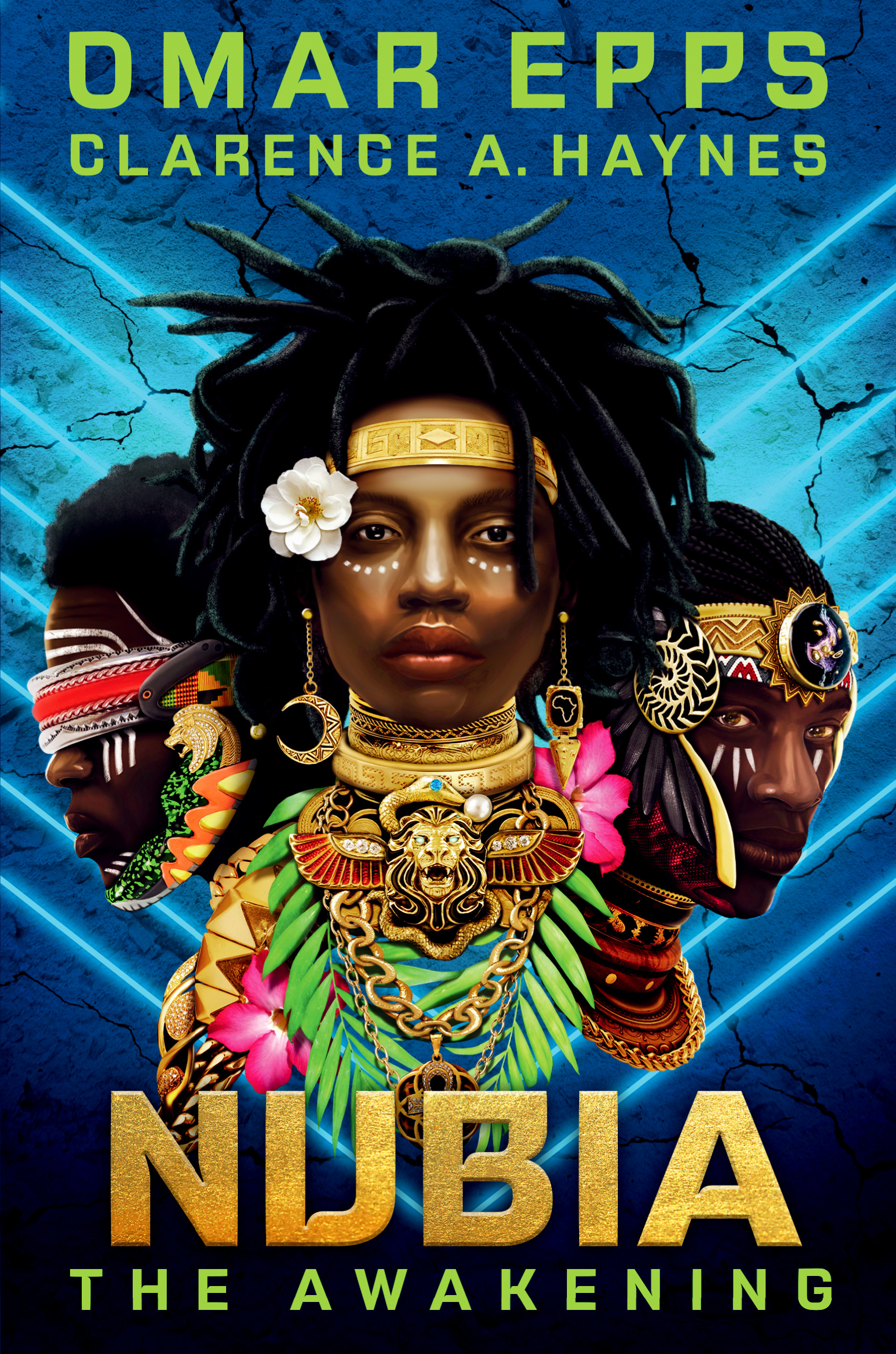 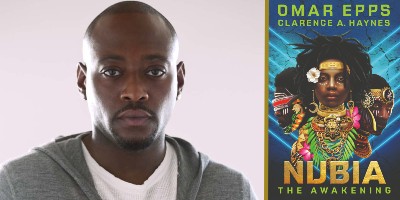 Actor and producer Omar Epps (This Is Us, House, Juice, Shooter) will publish his debut novel, NUBIA: THE AWAKENING, with Delacorte Press, an imprint of Random House Children’s Books. The book will be the first in a young adult series coauthored with Clarence Haynes about three teens, the children of refugees from a fallen African utopia, who develop powers they must use to navigate a climate-ravaged New York City. NUBIA: THE AWAKENING is scheduled to release on November 8, 2022.

Perfect for readers of dystopian series like Brandon Sanderson’s The Reckoners and Veronica Roth’s Divergent, as well as fans of African-inspired science fiction and fantasy like Black Panther, Children of Blood and Bone, and The Gilded Ones, NUBIA: THE AWAKENING is at once a fast-paced, action-packed, and accessible escape and a thought-provoking conversation starter for topics such as climate change, socio-economic divides, refugee life, and displacement. Epps’s novel, which features a striking cover by celebrated Afro-futurist artist Adeyemi Adegbesan, adds two positive and dynamic Black male protagonists to the exciting and vital surge of epic fantasies centering Black characters.

In NUBIA: THE AWAKENING, Uzochi, Zuberi, and Lencho are the children of refugees from Nubia—the fallen island nation off the coast of West Africa. Since their arrival in New York City, Nubians have struggled to survive among the remnants of Manhattan, where climate change has ravaged the island with catastrophic flooding that only the rich residents of the Up High can avoid. Detested by the xenophobic Locals, Uzochi, Zuberi, and Lencho lead lives plagued by intense disparities and disrespect, but when they and other Nubian teens begin to develop complex supernatural powers, the three teens discover that their lineage is more dimensional than what their parents have explained to them previously. Nubians once possessed powerful kinetic gifts, and it looks like the new generation of Nubians have come into this legacy once again. But will they use their inheritance to lift their people or to leave them behind? The fate of their city, and their people, hangs in the balance.

“The idea for NUBIA: THE AWAKENING came to me over ten years ago,” says Epps. “It started with an idea based around the actuality of love. That evolved into a story about unity, and the beauty of a world where every person’s differences are not only unique but serve a purpose. I’m very proud of how it turned out and cannot wait to finally share it with the world.”

Actor and producer Omar Epps was first introduced to audiences as Q in Ernest Dickerson’s cult classic Juice, opposite Tupac Shakur. He has gone on to star in the beloved romance Love & Basketball, as Dr. Eric Foreman on the massively popular TV show House, as Jeff Cole in In Too Deep, as Isaac Johnson on Shooter, as Darnell on This Is Us, and in many, many more television shows and major motion pictures. His self-published memoir is From Fatherless to Fatherhood.

Clarence Haynes has worked as an editor for a variety of publishers, including Penguin Random House and Amazon Publishing, as well as Legacy Lit, an imprint of Hachette Book Group. He has edited top-selling fiction titles like The Hundredth Queen, Scarlet Odyssey, Legacy of Lies, These Toxic Things, and Washington Post and Amazon Charts bestseller The Vine Witch, along with its two sequels. He is also the author of the nonfiction work The Legacy of Jim Crow, published as part of Penguin Workshop’s True History series.