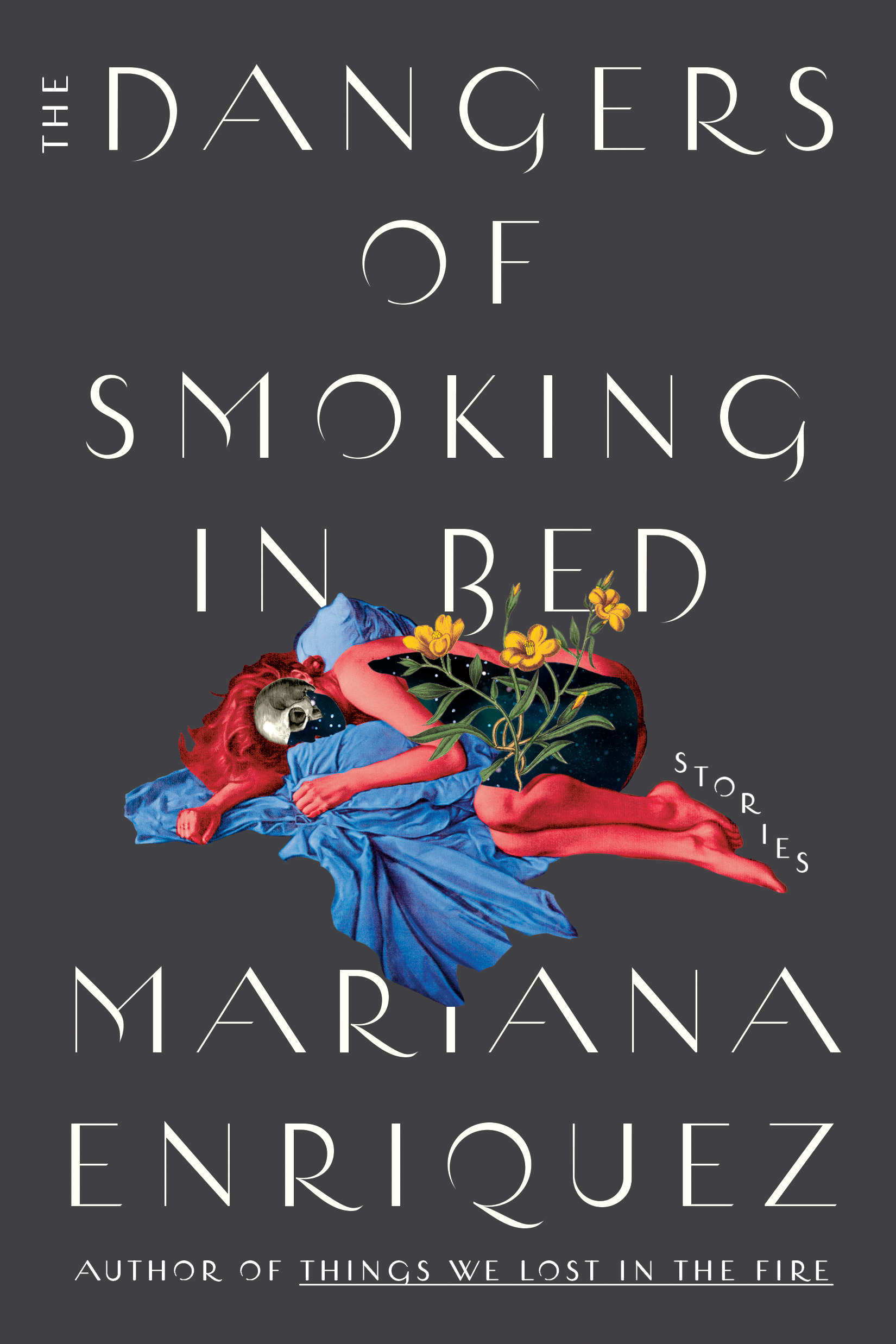 The 2021 International Booker Prize Shortlist Has Been Announced and Mariana Enriquez is on the List!

THE DANGERS OF SMOKING IN BED by the Argentine writer Mariana Enríquez, a short story collection about death, sex and the occult, translated by Megan McDowell and published by Hogarth has made this years International Booker Prize Shortlist!

“Largely it’s insatiable women, raggedy slum dwellers and dead children — those who are ordinarily powerless — who wield unholy power in this collection, and they seem uninterested in being reasonable,” Chelsea Leu wrote in a review for The New York Times.

Enríquez “knowingly uses the tropes of the horror story, the ghost story and even pulp fiction to think about Argentina’s painful past,” said judges, and in the process “fashions a ‘Magical Realism Version 2.0’, from a subtly feminist perspective”.

This award celebrates the finest translated fiction from around the world.

The winner will be announced on June 2.

PRAISE FOR THE DANGERS OF SMOKING IN BED

“I’ve been grateful to Mariana Enriquez for using these stories about bugs, a miserable marriage, a provincial beauty, a spooky vision seen from an airplane, a hot blond truck driver, and many unexplained disappearances to illuminate dark historic truths. One can read these stories as pure, high literary gothic horror, Latin American surrealism in the age of Twitter. But surely ghost story means something else for a writer from a country where thousands of people vanished into thin air. And once you see the background, it’s difficult to unsee it.” —New York Review of Books, Francine Prose

“Argentina’s Samanta Schweblin, Chile’s Paulina Flores, and Brazil’s Carola Saavedra are a few who collapse the walls between the real and the imagined. Now, Argentine writer Mariana Enríquez joins their ranks with a ravishing new story collection, The Dangers of Smoking in Bed, a volume that reimagines the Gothic and gives it a wholly original spin. As in her previous collection, Enríquez mines her inner Poe: Her characters grapple with ghosts and their own hauntings. Their spirits are low, but the stakes couldn’t be higher. The Dangers of Smoking in Bed establishes Enríquez as a premier literary voice. Enríquez’s extraordinary—and extraordinarily ominous—fiction holds up a mirror to our bewildering times, when borders between the everyday and the inexplicable blur, and converge.” —Oprahmag.com

“After you’ve lived in Enriquez’s marvelous brain for the time it takes to read The Dangers of Smoking in Bed, the known world feels ratcheted a few degrees off-center. Mariana Enriquez’s stories are smoky, carnal, and dazzling.”—Lauren Groff, author of Fates and Furies