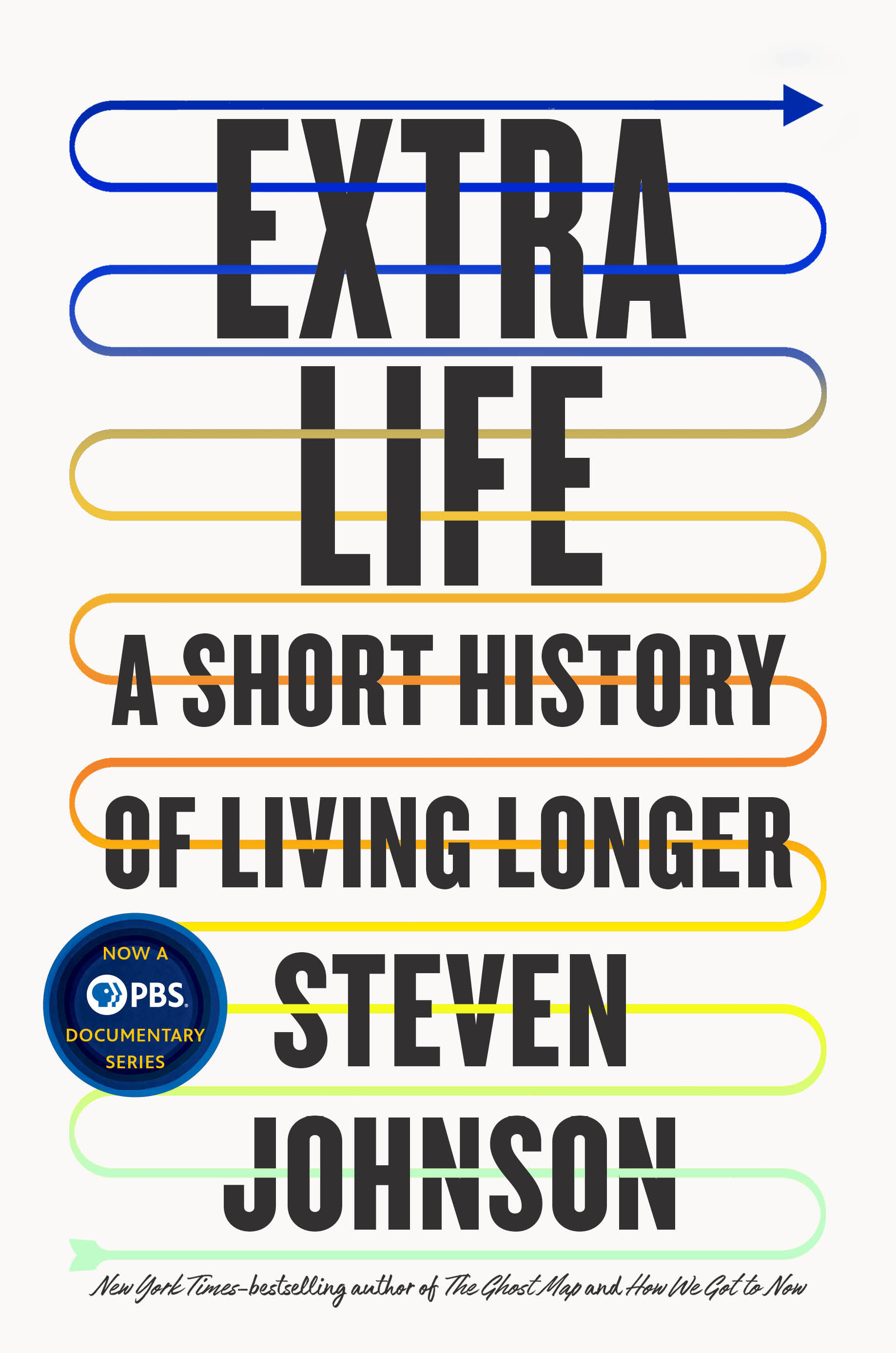 On May 11th PBS will premiere the first of a four-part series, co-hosted by Steven Johnson, called Extra Life: A Short History of Living Longer. Like the book, the series, set in the context of today’s COVID-19 crisis, explores the lessons learned from previous global pandemics—including smallpox, cholera, the Spanish flu and others—and reveals how scientists, doctors, self-experimenters and activists launched a public health revolution, saving millions of lives, fundamentally changing how we think about illness and ultimately paving the way for modern medicine. 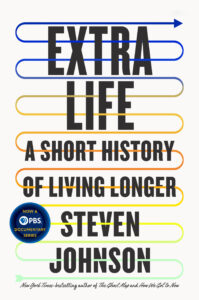 EXTRA LIFE is the surprising and important story of how humans gained what amounts to an extra life, from the bestselling author of How We Got to Now and Where Good Ideas Come From and will also go on sale on May 11th.

As a species we have doubled our life expectancy in just one hundred years. All the advances of modern life—the medical breakthroughs, the public health institutions, the rising standards of living—have given us each about twenty thousand extra days on average. There are few measures of human progress more astonishing than our increased longevity.

This book is Steven Johnson’s attempt to understand where that progress came from. How many of those extra twenty thousand days came from vaccines, or the decrease in famines, or seatbelts? What are the forces that now keep us alive longer? Behind each breakthrough lies an inspiring story of cooperative innovation, of brilliant thinkers bolstered by strong systems of public support and collaborative networks.

But it is not enough simply to remind ourselves that progress is possible. How do we avoid decreases in life expectancy as our public health systems face unprecedented challenges? What current technologies or interventions that could reduce the impact of future crises are we somehow ignoring?

A study in how meaningful change happens in society, Extra Life is an ode to the enduring power of common goals and public resources. The most fundamental progress we have experienced over the past few centuries has not come from big corporations or start-ups. It has come, instead, from activists struggling for reform; from university-based and publicly funded scientists sharing their findings open-source-style; and from nonprofit agencies spreading new innovations around the world. 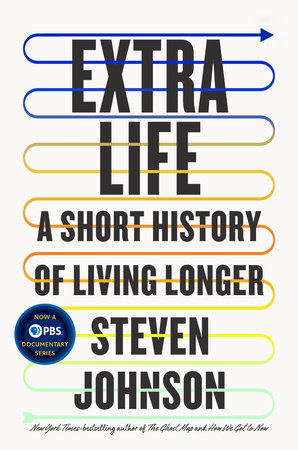 Extra Life
Steven Johnson
978-0-525-53885-1
The surprising and important story of how humans gained what amounts to an extra life, from the bestselling author of How We Got to Now and Where Good Ideas Come From
$28.00 US
May 11, 2021
Hardcover
320 Pages
Riverhead Books
World
Tags: extra life, Steven Johnson, PBS, trailer, documentary
Related articles