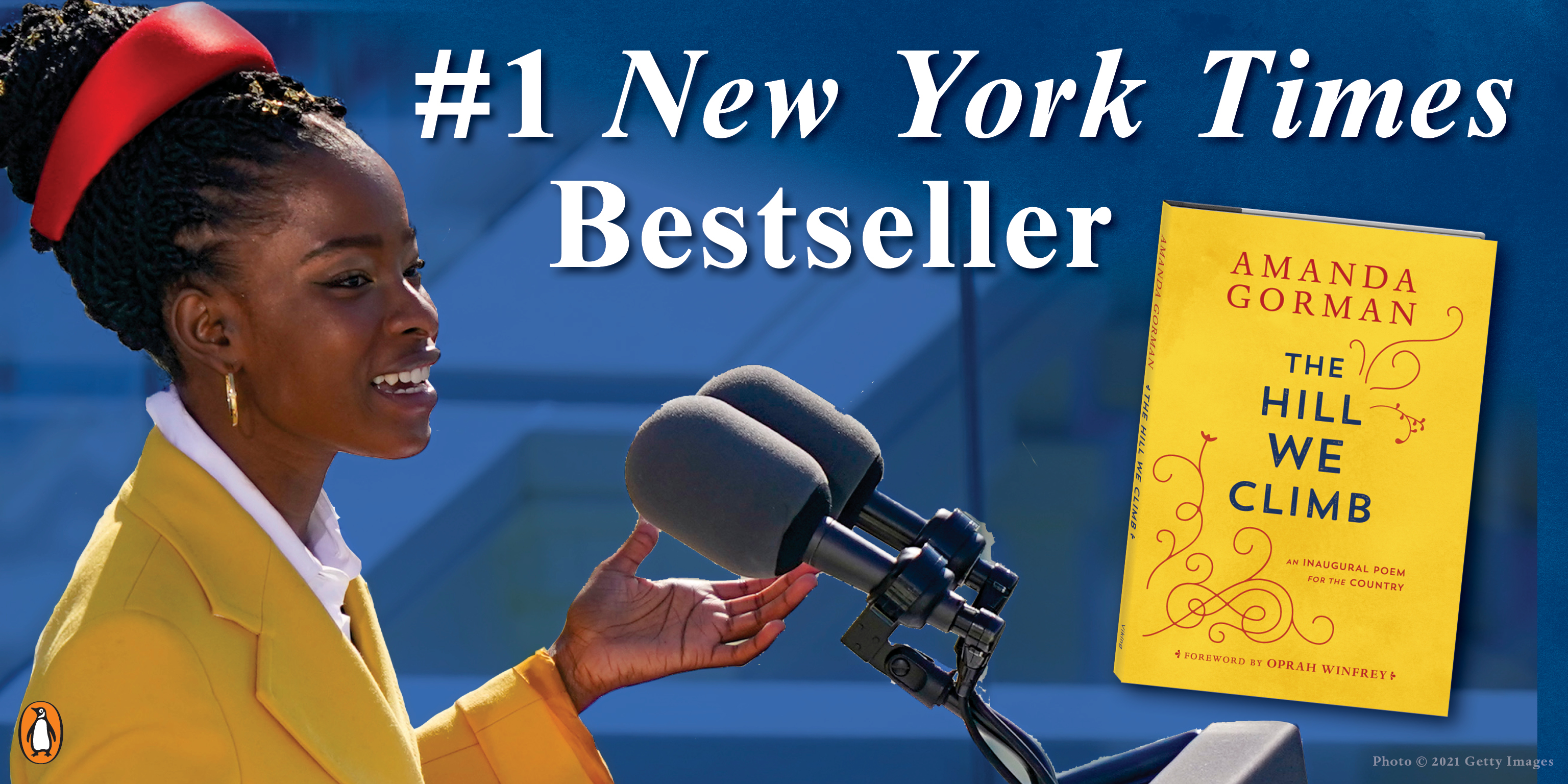 Amanda Gorman’s THE HILL WE CLIMB: An Inaugural Poem for the Country, a jacketed hardcover edition of her stirring presidential inaugural poem, featuring a foreword by Oprah Winfrey, has debuted at #1 on the New York Times adult fiction, USA Today, and Indie hardcover fiction bestsellers lists, with the highest week-one sales of any poetry book ever published.

The collectible, hardcover edition was published on March 30, 2021 by Viking Books in the US and Chatto & Windus in the UK.  An audiobook edition, read by Amanda Gorman with foreword read by Oprah Winfrey, was published simultaneously from Penguin Audio. Amanda’s poetry is also an international success, debuting as a global bestseller in Europe, and with 20 foreign language editions planned throughout the world.

On January 20, 2021, Amanda Gorman captivated the nation, and the world, with her delivery of “The Hill We Climb” at President Joe Biden’s inauguration. At age 22, Gorman was the sixth and youngest poet to deliver a poetry reading at a presidential inauguration, joining a select group that includes Maya Angelou, Richard Blanco, and Elizabeth Alexander. Her recitation of “The Hill We Climb” received widespread praise from media and thought leaders who called the poem “dynamic” (NPR), “wondrous” (People), and “deeply rousing and uplifting” (Vogue). Former First Lady Michelle Obama tweeted “With her strong and poignant words, @TheAmandaGorman reminds us of the power we each hold in upholding our democracy.” And CNN’s Van Jones said, “Hearing @TheAmandaGorman recite her poetry at the inauguration was, without question, the highlight of this historic week. A supernova burst onto the scene when she stepped on that stage.”

On September 21, 2021, Penguin Random House will publish Amanda Gorman’s breakout poetry collection THE HILL WE CLIMB and OTHER POEMS alongside her debut picture book CHANGE SINGS: A Children’s Anthem, illustrated by #1 New York Times bestselling illustrator Loren Long. Both publications will also have first printings of one million copies each.