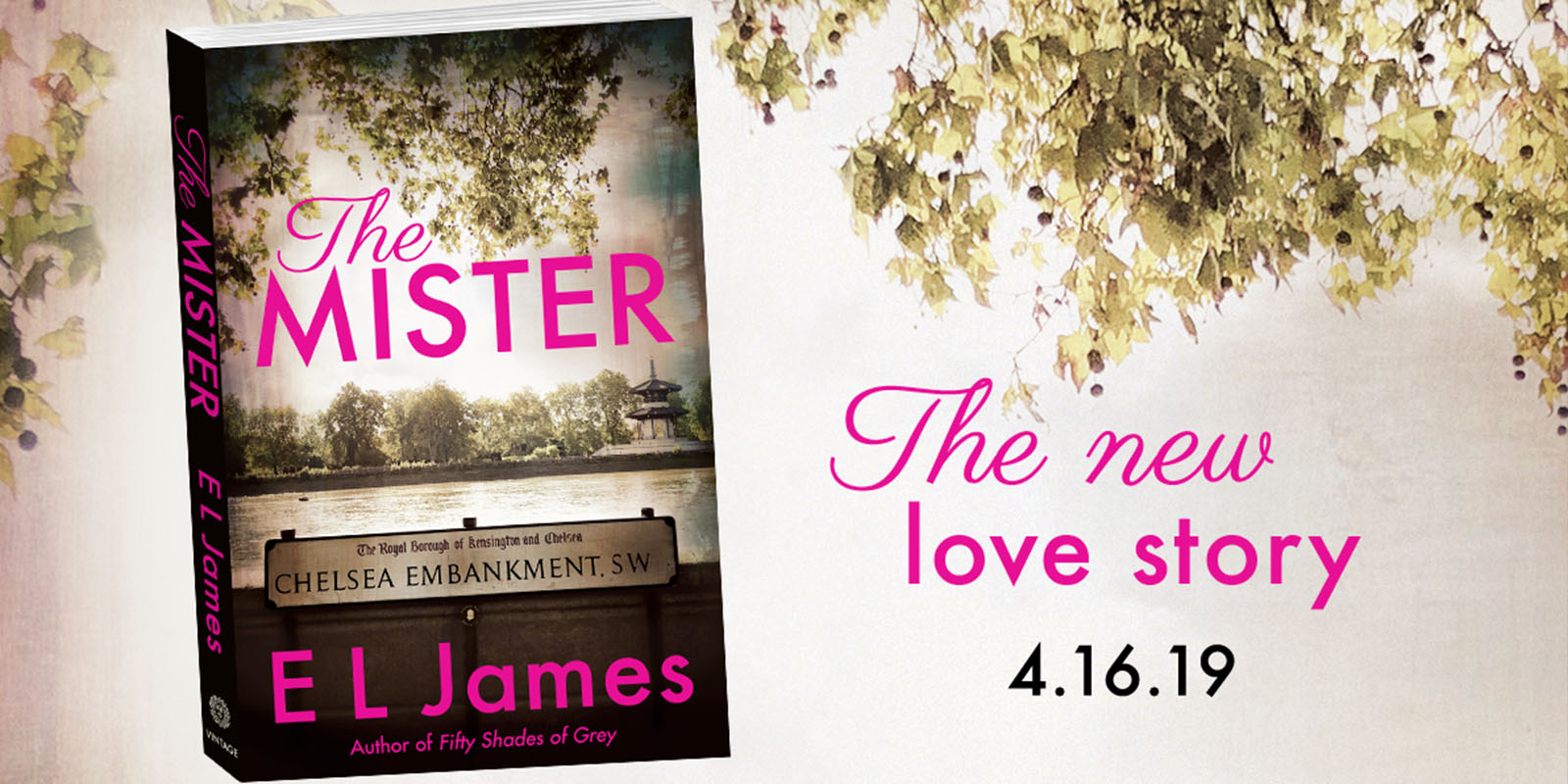 THE MISTER by E.L. James for Publication April 16

New York, NY, 24 January 2019–E L James, whose Fifty Shades of Grey series has broken sales records for contemporary adult publishing (150 million copies sold worldwide), has written a new novel, THE MISTER, that will be published worldwide in the English language on April 16, 2019. Vintage Books, the Penguin Random House imprint that launched the Fifty Shades of Grey trilogy in 2012, will publish E L James’s new novel in trade paperback and ebook formats, with simultaneous publication by Penguin Random House Audio. The announcement was made today by Anne Messitte, Publisher of Vintage and Anchor Books, who acquired rights to the book from Valerie Hoskins of Valerie Hoskins Associates in London.

THE MISTER is a contemporary romance set in London, Cornwall, and Eastern Europe that introduces readers to the privileged and aristocratic young Englishman Maxim Trevelyan and the mysterious, talented, and beautiful Alessia Demachi, who’s recently arrived in London owning little more than a dangerous and troublesome past.

“I’m so excited to finally get this passionate new romance out into the world,” said E L James. “It’s a Cinderella story for the twenty-first century. Maxim and Alessia have led me on a fascinating journey and I hope that my readers will be swept away by their thrilling and sensual tale, just as I was while writing, and that, like me, they fall in love with them.”

With one of the largest fan followings in all of publishing, James has been recognized as one of Time magazine’s “Most Influential People in the World” and Publishers Weekly’s “Person of the Year.” Fifty Shades Freed won the Goodreads Choice Award (2012), and Fifty Shades of Grey was selected as one of the 100 Great Reads, as voted by readers, in PBS’s The Great American Read (2018). The Fifty Shades of Grey films, which James coproduced for Universal Studios, realized more than $1 billion in global box office, with the latest movie, Fifty Shades Freed, winning the People’s Choice Award for Drama in 2018.

THE MISTER will be published by Vintage Books in North America and the open market, and simultaneously in the UK and Commonwealth by Penguin Random House UK’s Arrow imprint. Vintage will also publish a Spanish language edition in North America later in the spring of 2019. Foreign rights are sold by ILA London on behalf of Valerie Hoskins Associates.

London, 2019. Life has been easy for Maxim Trevelyan. With his good looks, aristocratic connections, and money, he’s never had to work and he’s rarely slept alone. But all that changes when tragedy strikes and Maxim inherits his family’s noble title, wealth, and estates, and all the responsibility that entails. It’s a role he’s not prepared for and one that he struggles to face.

But his biggest challenge is fighting his desire for an unexpected, enigmatic young woman who’s recently arrived in England, possessing little more than a dangerous and troublesome past.  Reticent, beautiful, and musically gifted, she’s an alluring mystery, and Maxim’s longing for her deepens into a passion that he’s never experienced and dares not name. Just who is Alessia Demachi? Can Maxim protect her from the malevolence that threatens her? And what will she do when she learns that he’s been hiding secrets of his own?

From the heart of London through wild, rural Cornwall to the bleak, forbidding beauty of the Balkans, THE MISTER is a roller-coaster ride of danger and desire that leaves the reader breathless to the very last page.

E L James is an incurable romantic and a self-confessed fangirl. After twenty-five years of working in television, she decided to pursue a childhood dream and write stories that readers could take to their hearts. The result was the controversial and sensuous romance Fifty Shades of Grey and its two sequels, Fifty Shades Darker and Fifty Shades Freed. In 2015, she published the #1 bestseller Grey, the story of Fifty Shades of Grey from the perspective of Christian Grey, and in 2017, the chart-topping Darker, the second part of the Fifty Shades story from Christian’s point of view. Her books have been published in fifty languages and have sold more than 150 million copies worldwide.

E L James has been recognized as one of Time magazine’s “Most Influential People in the World” and Publishers Weekly’s “Person of the Year.” Fifty Shades of Grey stayed on The New York Times Best Seller List for 133 consecutive weeks. Fifty Shades Freed won the Goodreads Choice Award (2012), and Fifty Shades of Grey was selected as one of the 100 Great Reads, as voted by readers, in PBS’s The Great American Read (2018). Darker has been long-listed for the 2019 International DUBLIN Literary Award.

She coproduced for Universal Studios the Fifty Shades movies, which made more than a billion dollars at the box office. The third installment, Fifty Shades Freed, won the People’s Choice Award for Drama in 2018.

E L James is blessed with two wonderful sons and lives with her husband, the novelist and screenwriter Niall Leonard, and their West Highland terriers in the leafy suburbs of West London.