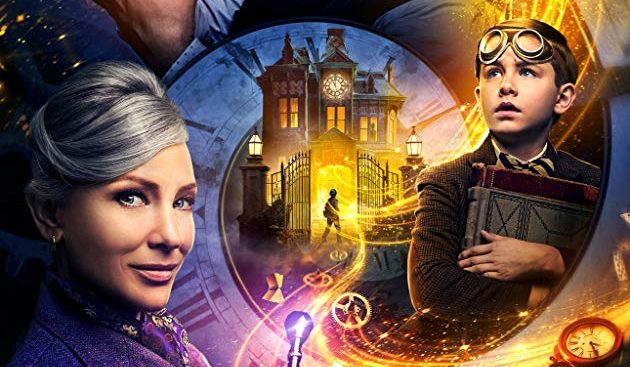 When Lewis Barnavelt, an orphan, comes to stay with his uncle Jonathan, he expects to meet an ordinary person. But he is wrong. Uncle Jonathan and his next-door neighbor, Mrs. Zimmermann, are both witches! Lewis is thrilled. At first, watching magic is enough. Then Lewis experiments with magic himself and unknowingly resurrects the former owner of the house: a woman named Serenna Izard. It seems that Serenna and her husband built a timepiece into the walls–a clock that could obliterate humankind. And only the Barnavelts can stop it!

THE HOUSE WITH A CLOCK IN ITS WALLS opens in theaters on September 21, 2018. Watch the full trailer here! The first trailer can also be seen here. 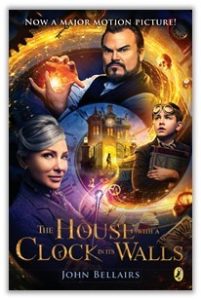 THE HOUSE WITH A CLOCK IN ITS WALLS by John Bellairs; illustrated by Edward Gorey 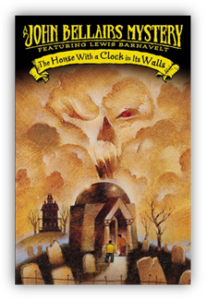 THE HOUSE WITH A CLOCK IN ITS WALLS by John Bellairs; Illustrated by Edward Gorey