OWN: Oprah Winfrey Network and O, The Oprah Magazine announced today the newest Oprah’s Book Club selection, Imbolo Mbue’s Behold the Dreamers. In this novel, Ms. Mbue explores colliding classes, cultures and dreams.  It’s a story of two fathers, a working-class immigrant from Cameroon, hired as a chauffeur in the fall of 2007, right before one of the biggest financial crisis in history, and his lavishly wealthy employer, a top Lehman Brothers executive, and how their families become inextricably linked.

Penguin Random House US is pleased to be publishing a new trade paperback export edition featuring a Q&A with Imbolo and a Reader’s Group Guide, on sale today, June 26.

Watch Oprah making the announcement on CBS This Morning:

“Fifteen years ago, I walked into a public library and borrowed my first Oprah’s Book Club selection–Toni Morrison’s Song of Solomon –  and was so inspired by it that I began writing without thinking much of where my writing would lead me, never quite imagining that it would someday lead to this humbling privilege,” said Ms. Mbue.

Imbolo Mbue is a native of the seaside town of Limbe, Cameroon. She holds a BS from Rutgers University and an MA from Columbia University. A resident of the United States for more than a decade, she lives in New York City.  Behold the Dreamers, her critically acclaimed debut novel, won the 2017 PEN/Faulkner Award for Fiction and was named by The New York Times and The Washington Post as one of their Notable Books of 2016. 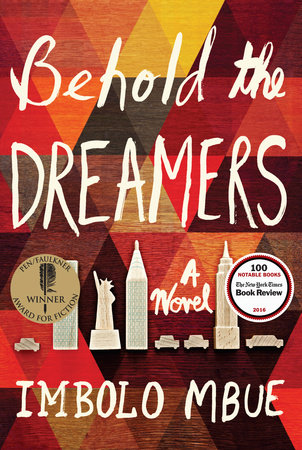 Behold the Dreamers
Imbolo Mbue
978-0-8129-9848-1
At the intersection of Americanah and the fiction of Amy Tan, a riveting debut novel about two marriages -- one immigrant and working class, the other from the top 1% -- both chasing their version of the American Dream.
$28.00 US
Aug 23, 2016
Hardcover
400 Pages
Random House
US, Canada, Open Mkt
Tags: Black, Award Winners, Oprah's Book Club, Adult
Related articles

In an inspiring follow-up to her critically acclaimed, #1 bestselling memoir Becoming, former First Lady Michelle Obama shares practical wisdom and powerful strategies for staying hopeful and balanced in today’s highly uncertain world. There may be no tidy solutions or pithy answers to life’s big challenges, but Michelle Obama believes that we can all locate 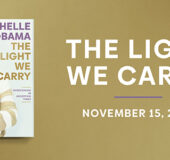 The Light We Carry by Michelle Obama is Coming November 15!