New York, NY, 28 November 2018–Nan A. Talese/Doubleday and Anchor Books have acquired US and open market rights from Karolina Sutton at Curtis Brown to Margaret Atwood’s new novel, THE TESTAMENTS.

THE TESTAMENTS is set 15 years after Offred’s final scene in The Handmaid’s Tale and is narrated by three female characters. It will be published on September 10, 2019 by Nan A. Talese/Doubleday with an announced first printing of 500,000 copies. The book will be published in hardcover and as an ebook, and in audio by Penguin Random House; it will be published in trade paper by Anchor the following year.

Margaret Atwood says:  “Dear Readers: Everything you’ve ever asked me about Gilead and its inner workings is the inspiration for this book. Well, almost everything! The other inspiration is the world we’ve been living in.”

“I have published Margaret Atwood’s work since 1976 – her poetry, fiction and nonfiction,” says Nan A. Talese.  “A manuscript from her is always a reason for joy.  She writes wonderfully and has a mind like a steel trap.  This new book is no exception.”

“The Handmaid’s Tale has remained in print since its publication thirty-three years ago, due to both Margaret Atwood’s brilliant storytelling and the novel’s prescient themes,” says Sonny Mehta, Editor-in-Chief and Chairman, Knopf Doubleday Publishing Group. “It’s a thrill to publish the sequel to a timely, legendary novel, and to return to the Handmaids’ world.”

First published in 1985, The Handmaid’s Tale was shortlisted for the 1986 Booker Prize and eight million copies have been sold globally in the English language.

When Donald Trump was elected in November 2016, Handmaids became a symbol of the movement against him, standing for female empowerment and resistance in the face of misogyny and the rolling back of women’s rights around the world. In 2017 the TV adaptation of The Handmaid’s Tale starring Elisabeth Moss and Joseph Fiennes launched in the US on Hulu and Atwood’s novel has spent 88 weeks back on the New York Times bestseller list. The TV show has been nominated for 18 and won 6 Emmy Awards across two series.  A third series is currently in production.

The Testaments is not connected to the television adaptation of The Handmaid’s Tale.

The Testaments will be published simultaneously by Penguin Random House across the English-speaking world: by Chatto & Windus/VINTAGE in the UK, Australia, New Zealand, South Africa and India; McClelland & Stewart in Canada; and Nan A. Talese/Doubleday in the US.

ABOUT MARGARET ATWOOD:  Margaret Atwood, whose work has been published in over forty-five countries, is the author of more than fifty books of fiction, poetry, critical essays and graphic novels. In addition to The Handmaid’s Tale, now an award-winning TV series, her novels include Cat’s Eye, shortlisted for the 1989 Booker Prize; Alias Grace, which won the Giller Prize in Canada and the Premio Mondello in Italy; The Blind Assassin, winner of the 2000 Booker Prize; The MaddAddam Trilogy; and Hag-Seed. She is the recipient of numerous awards, including the Peace Prize of the German Book Trade, the Franz Kafka International Literary Prize, the PEN Center USA Lifetime Achievement Award, and the Los Angeles Times Innovator’s Award. She lives in Toronto with the writer Graeme Gibson.

ABOUT NAN A. TALESE/DOUBLEDAY AND PENGUIN RANDOM HOUSE:

Doubleday is an imprint of the Knopf Doubleday Publishing Group, which is a division of Penguin Random House, Inc.  Their parent company is Bertelsmann AG, the international media company. 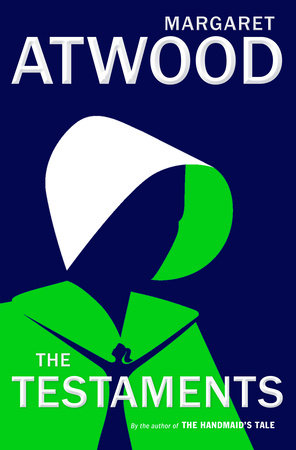 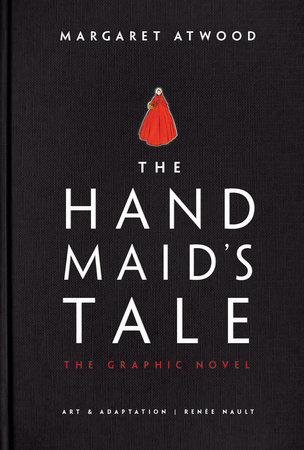 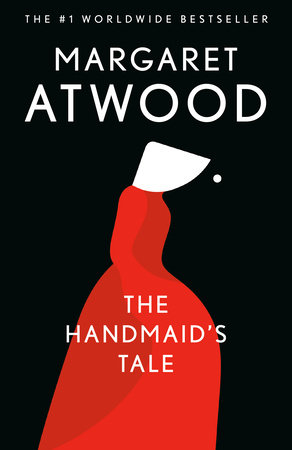 The Handmaid's Tale
A Novel
Margaret Atwood
978-0-385-49081-8
#1 New York Times bestseller Look for The Testaments, the sequel to The Handmaid’s Tale, available now.   An instant classic and eerily prescient cultural phenomenon, from “the patron saint of feminist dystopian fiction” (New York Times). Now an award-winning Hulu series starring Elizabeth Moss.  In Margaret Atwood’s dystopian future, environmental disasters and declining birthrates have led to a Second American Civil War. The result is the rise of the Republic of Gilead, a totalitarian regime that enforces rigid social roles and enslaves the few remaining fertile women. Offred is one of these, a Handmaid bound to produce children for one of Gilead’s commanders. Deprived of her husband, her child, her freedom, and even her own name, Offred clings to her memories and her will to survive. At once a scathing satire, an ominous warning, and a tour de force of narrative suspense, The Handmaid’s Tale is a modern classic.Includes an introduction by Margaret Atwood
$15.95 US
Mar 16, 1998
5-3/16 x 8
Paperback
336 Pages
Anchor
US, Opn Mkt (no CAN) 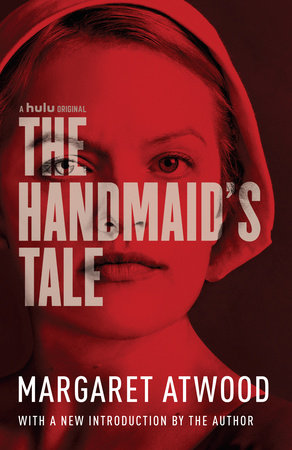