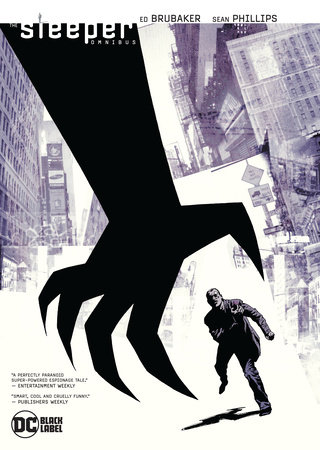 Agent Holden Carver is forced to live one day at a time in a deadly game of cat-and-mouse he plays with the leader of the secret criminal organization he has infiltrated while trying to elude detection.

A one-time cartoonist, Ed Brubaker has been working as a writer since the early 1990s, and in that time his work has won several awards, including both the Harvey and Eisner Awards for Best Writer in 2007, and has been translated around the world. His comics credits include Batman, Catwoman, Gotham Central, and Sleeper for DC Comics and Daredevil, Captain America, and Criminal for Marvel. He lives and works in Seattle, Washington, with his wife, Melanie, and many pets. View titles by Ed Brubaker
Sean Phillips View titles by Sean Phillips